July 6th marks the 100th birthday of renowned architect Dahong Wang (1918-). The architectural world will donate the Jianguo S. Road Residence, reconstructed on a different location, to the Taipei City Government, as to promote the value and legendary status of this prestigious architect, and preserve an everlasting sense of pride for the field of architecture. The Jianguo S. Road Residence was completed in 1953 by Dahong Wang - designer of the Sun Yat-sen Memorial Hall and winner of the Ministry of Foreign Affairs’ National Award for Arts. It is seen as the beginning of the modernization of Chinese architecture. After passing into other hands, the residence was torn down in the 70s. 40-odd years later, with the urgent efforts of many in the architecture circle, the building has finally been reconstructed in the Fine Arts Park by the Taipei Fine Arts Museum. Today (July 6th), on the occasion of Dahong Wang’s 100th birthday, the reconstructed building was officially donated to the Taipei City Government. It will be open for free to the public from Wednesdays to Sundays. The Jianguo S. Road Residence was Dahong Wang’s first design work in Taiwan, a pure creation of architecture built without pressure from employers or the market. It shows how Dahong Wang, who has profound knowledge of both Eastern and Western cultures, incorporated Chinese garden aesthetics into Western residential architecture. With auras of simplicity, strength, and peacefulness, it is the ultimate marriage of Chinese and Western architecture. In the process of reconstructing the Jianguo S. Road Residence, Taiwan’s architecture circle once again went over the sources of Dahong Wang’s architectural features, reinterpreting the fine and precious details -often unnoticed- that the architect put into his work.

Construction on the residence was completed before the end of 2014. Ownership has been unconditionally transferred to and registered under Taipei City Government, and the city government will commission the Taipei Fine Arts Museum to operate and manage it. The overall reconstruction required roughly NT$30 million, with one half used for exterior walls, interior renovations, and garden landscaping, and the other half used to build a space in front of the residence that will serve as a bookstore and restaurant. In a 3:1 ratio, Puyong Archiland and Win Sing donated and raised NT$17 million. Those in the architecture circle also donated funds, raising nearly NT$7 million. On the day when donations were made, Puyong Archiland and Win Sing made an additional joint donation of NT$2 million, hoping to encourage others to donate and provide the needed funds. 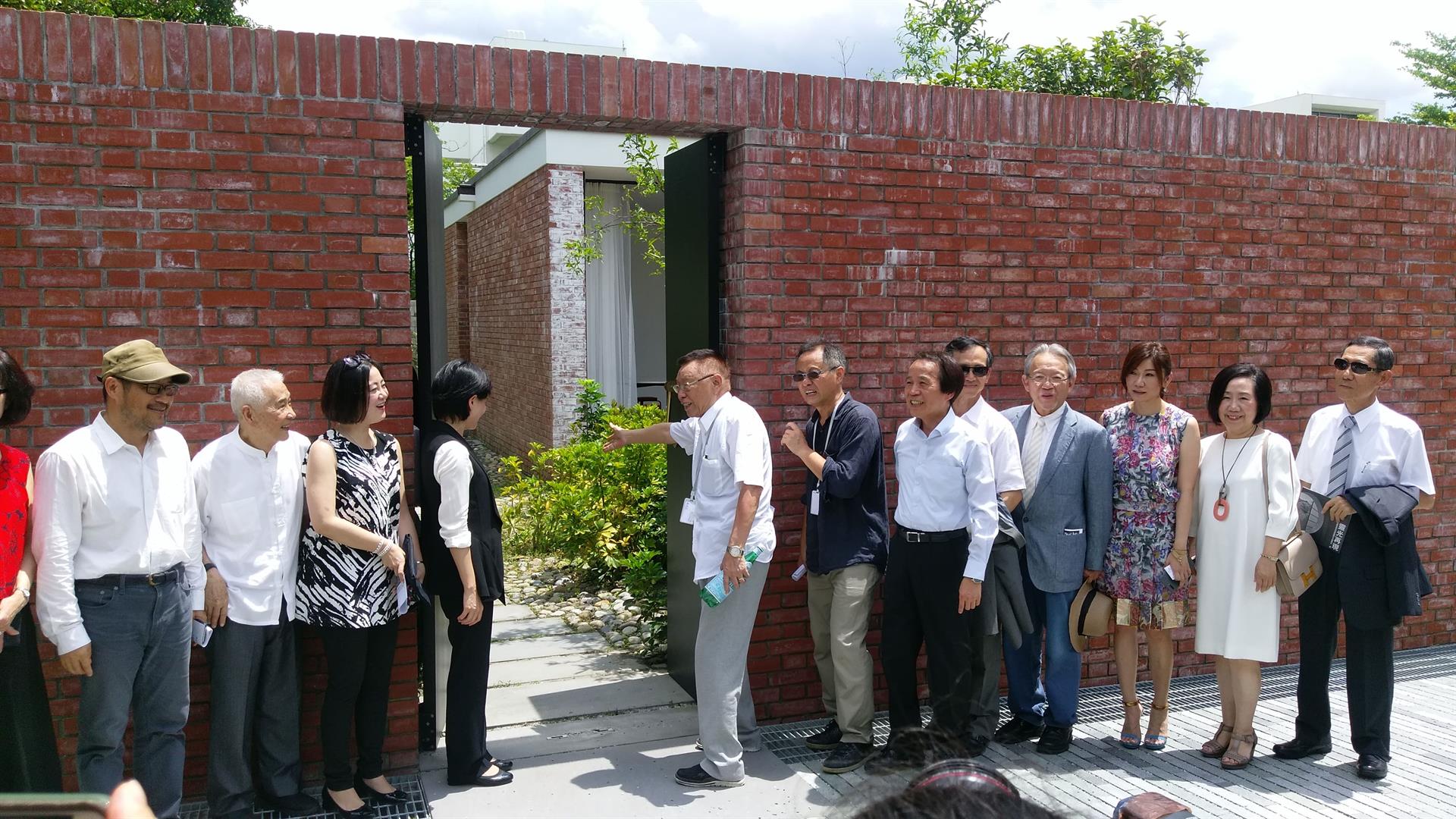