In order to encourage the transmission of classic architectural heritage, Win Sing is glad to take on the responsibility of architects and give back to society by sponsoring the reconstruction of “poetic architect” Dahong Wang’s Jianguo S. Road Residence. The reconstruction of this classic work by master architect Dahong Wang - designer of the Sun Yat-sen Memorial Hall and winner of the National Award for Arts - is set to be unveiled at the end of 2014. With a government land and private funding model, Taipei City Government worked hard to connect private and academic sectors to get a move and reconstruct Dahong Wang’s Jianguo S. Road Residence in the Fine Arts Park next to the Taipei Fine Arts Museum. In order to recreate this classic masterpiece, those in architecture circles rushed to form the Wang Dahong Institute for Building Research and Conservation. As fundraising efforts for the project reached the goal, a model of the Jianguo S. Road Residence was donated to the city government and accepted by Deputy Mayor Chang Chin-Oh. A joint announcement was then made to mark the start of the project. Wang Shou-Cheng - architect and son of Dahong Wang; Kao Erh-Pan - designer of the Taipei Fine Arts Museum; Yang Yue-Hu - Chairman of donor Puyong Archiland; Win Sing’s General Manager Jenny Yeh; and Robert Wu - Dahong Wang’s friend and chairman of Eslite Bookstore - were all present to witness the event. In his speech, Chang Chin-Oh talked about how the lost 27-ping (approx. 89.25 m2) residence of Dahong Wang had simple designs that emphasized the interaction between art and the environment. Private companies unhesitatingly strove to reconstruct the building and donate it to the city government, in hopes of giving people today a chance of seeing this classic masterpiece, and discovering meaningful dialog between the environment and living spaces in both the implications of the building and its owner’s style. 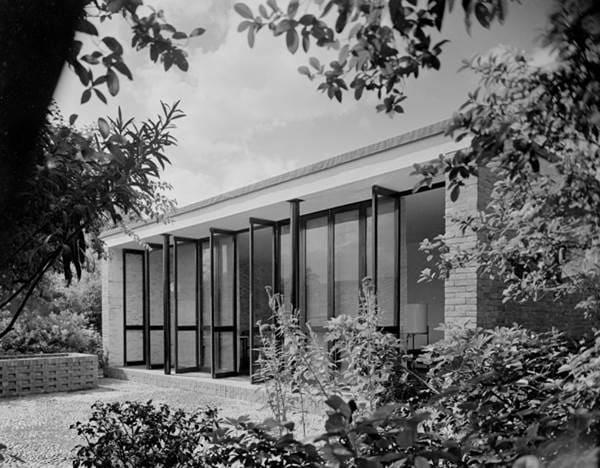 At age 96, architect Dahong Wang is a legend in Taiwan’s architecture field. Born in Beijing and raised in Shanghai and Suzhou, he is the son of Wang Chung-Hui, the first Foreign Minister of the Republic of China. He is the first Han Chinese architect to receive a complete Western education in architecture. Even though he studied Western modern architecture, Dahong Wang always thought about how to integrate traditional Chinese architectural forms and spatial aesthetics. His architectural work features the atmosphere of traditional Chinese courtyards and gardens expressed with modern architectural structures, forming a unique, elegant, and simple style. Some of Dahong Wang’s most well-known public works are the Ministry of Foreign Affairs building built in 1971 and the Sun Yat-sen Memorial Hall built in 1972. He attempted various matters on the roof design of these two buildings, trying to arrive at a clear representation of his own culture. Even though the process was full of obstacles, he insisted on upholding the historical responsibility of a creator. 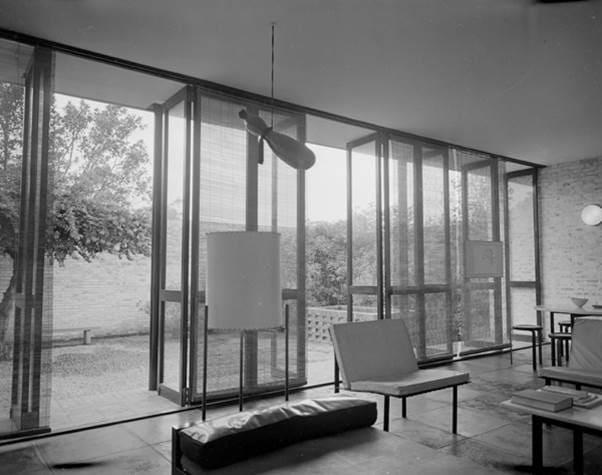 Built in 1953, the Jianguo S. Road Residence was Dahong Wang’s first work after setting up his business in Taiwan. It also marked the beginning of his modernized Chinese architecture works. Before it was torn down, the building was a must-visit destination for architecture students in Taiwan to study and admire. Even after being torn down, it remains a must-study model in the field of architecture. Han Pao-Teh once commented that Dahong Wang was the spiritual leader of new architectural movements in Taiwan in the 1950s. Kao Erh-Pan, the architect behind design of the Taipei Fine Arts Museum, once said that “Seeing the house made my heart throb. I couldn’t sleep for three days.” Renowned architect Lee Chu-Yuan also praised it: “It’s astounding, like the Mecca for Muslims.” Shyu Ming-Song, the Secretary-General of the association, has studied Dahong Wang for many years. He pointed out how the Jianguo S. Road Residence is a treasure of Taiwan’s architectural history. It’s a small residence that Dahong Wang designed and built before starting a family. Built on a roughly 90-ping (approx. 297.52 m2) lot, the residence had an area of only 27 ping (approx. 89.25 m2). The towering walls surrounding the house were an extension of Dahong Wang’s experience in Suzhou. The interior featured round windows paired with lattice windows, reflecting the spirit of moon gates in Chinese architecture. The interior and exterior spaces were composed of colors like red, black, and white, as well as plain bricks, implying a modern Oriental style. The floor-to-ceiling windows in the living and dining room were supported with upper and lower bearings, reducing the view-obstructing outer frame. This design feature also comes from observing the removable door panels of traditional Chinese architecture, which allow for a smoother flow between interior and exterior spaces. The Jianguo S. Road Residence naturally brings us back to a traditional atmosphere with ease. Since architecture and cultural circles in Taiwan and China have become increasingly aware of the historical value and meaning of Dahong Wang’s residence, the Wang Dahong Institute for Building Research and Conservation, R.O.C. is very grateful to the Taipei City Government for fully understanding the importance of reconstructing the residence and helping to find a building site to recreate this classic work of architecture. Dahong Wang’s Jianguo S. Road Residence will be located in the Fine Arts Area of the Taipei Expo Park, next to the Taipei Fine Arts Museum. The almost NT$10 million needed for reconstruction and furniture were donated by Puyong Archiland and Win Sing. The building is expected to be completed by the end of this year, and ownership of it will be unconditionally transferred to and registered under Taipei City Government. Taipei City Government will then commission a professional agency to operate and manage the building through an open tender. 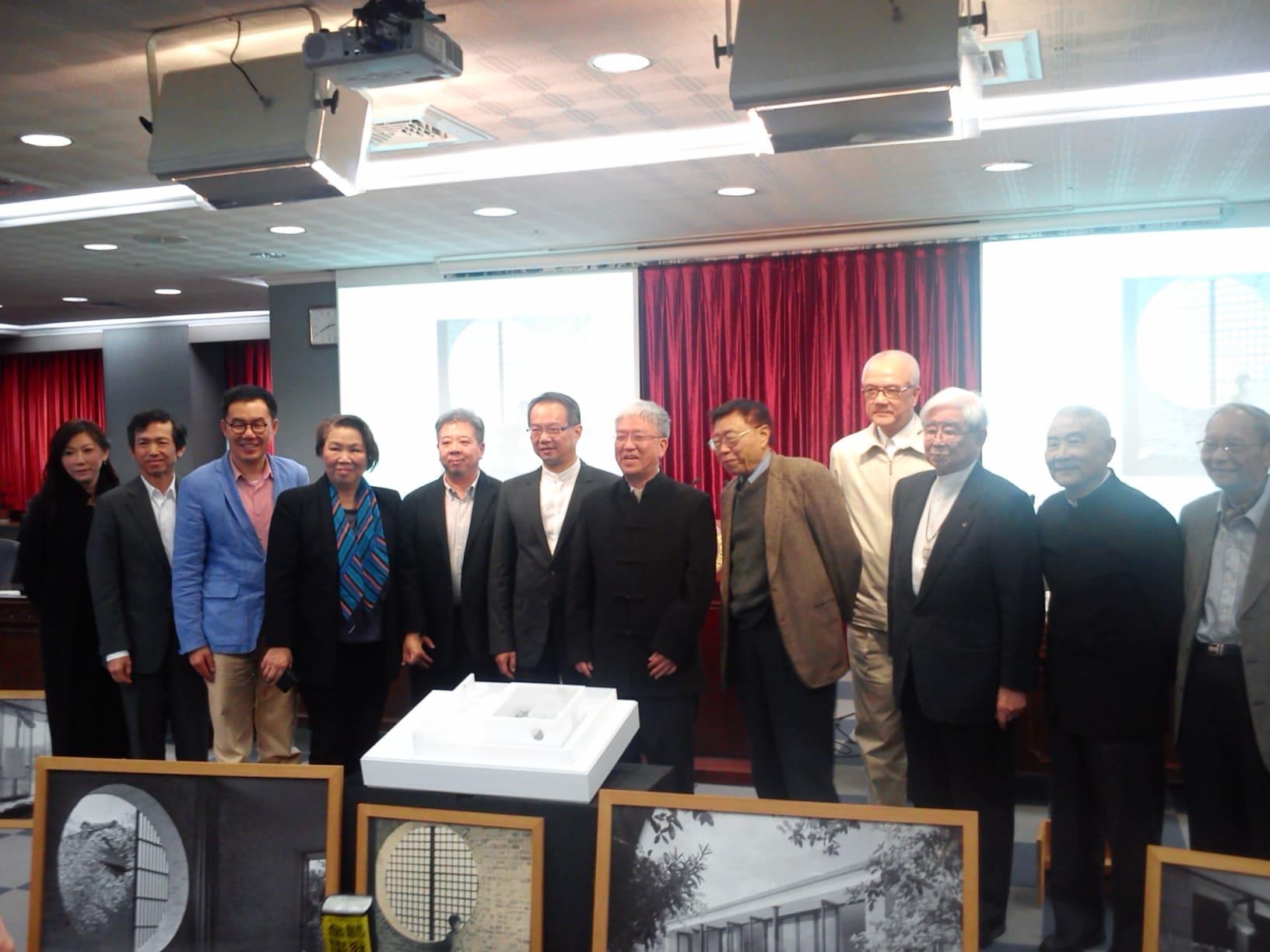